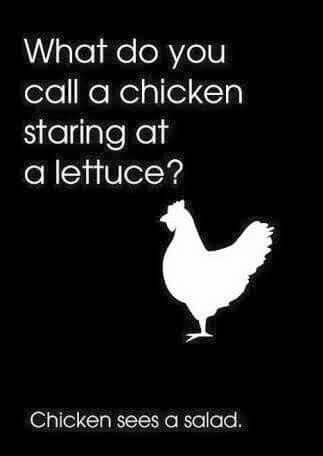 Two boll weevils grew up in South Carolina. One went to Hollywood and became a famous actor. The other stayed behind in the cotton fields and never amounted to much. The second one, naturally, became known as the lesser of two weevils.

Two Eskimos sitting in a kayak were chilly, but when they lit a fire in the craft, it sank proving once again that you can’t have your kayak and heat it, too.

God specializes in the impossible. Have faith.